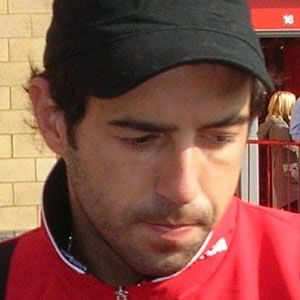 Argentine soccer player who won the FIFA Under-20 World Cup with Argentina in 2001. He was named to the Football League First Division PFA Team of the Year in back-to-back seasons in 2004 and 2005 as a member of Sunderland AFC.

He was born in Quilmes, Argentina and played for Argentinos Juniors from 1992 to 1999.

He was named Sunderland AFC Player of the Year in 2004.

He married a woman named Valeria and has sons named Franco and Mateo.

He and Stephane Sessegnon have both been named Sunderland AFC Player of the Year.

Julio Arca Is A Member Of