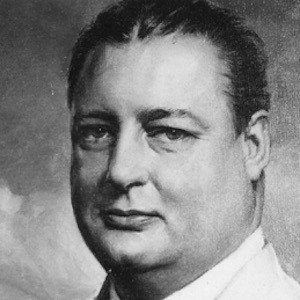 Secretary of the Interior under President Truman from 1946 to 1949. He negotiated the labor dispute between miners and owners, and helped preserve Washington state's forests from loggers.

After receiving his M.A. in 1930 he worked for the Wisconsin Telephone company and the state's Public Utilities Commission, before joining the Tennessee Valley Authority as its chief engineer.

As the person in charge of the coal mines in the U.S., he led the ultimately doomed negotiations with the United Mine Workers.

He had a son, James, and daughter Marilyn, with wife Margaret Dean.

Stewart Udall was another Secretary of the Interior - he served under presidents Kennedy and Johnson.

Julius Albert Krug Is A Member Of