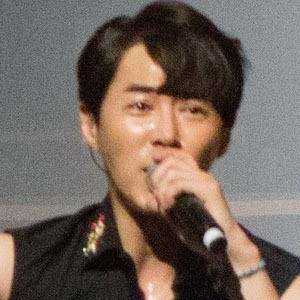 South Korean K-pop singer known for being a member of the boyband Shinhwa. He's also released the solo album New Decade and the EPs Fascination and #Real#.

He joined Shinhwa out of high school in 1998. He was the last member to join the band before it debuted.

He appeared with his band in the 2002 movie Emergency Act 19. He's also appeared on the shows Forbidden Love and We Got Married as well as several variety shows.

He spent much of his childhood being raised by grandmother. He has a younger sister.

He and Eric Mun have performed together as part of Shinhwa.

Jun Jin Is A Member Of