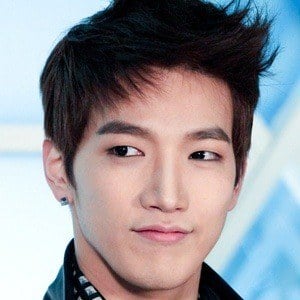 Korean singer who rose to fame as a member of the group 2PM. He released three solo EP's, two of them made an appearance in the number two position on the Oricon music chart.

He attended the Dong-ah Institute of Media and Arts where he studied performing arts.

Alongside his 2PM bandmates he hosted the third season of the Korean variety show called Idol Show. He has also made appearances in several television shows including Problematic Men, Hello Counselor and King of Mask Singer.

His father passed away.

Jun K. Is A Member Of