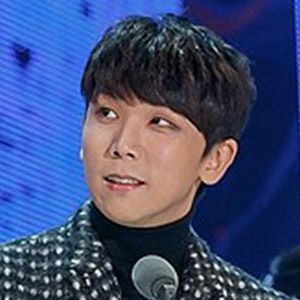 South Korean pop singer who is known for his solo career and for performing with the band Starship Planet. He is recognized for his popular songs "Across the Universe", "Nocturne", and "Last in Love".

He started his career as a singer as a featured artist and appeared on the 2007 single "Delusion of Persecution Pt. 1". He then released his own single as a lead artist "Streetlove" in 2008. He released his studio album Across the Universe on the Starship Entertainment label in April of 2017.

He has won several awards for his music including Song of the Year at the 12th Korean Music Awards in 2015 and Record of the Year in Digital Release at the 24th Seoul Music Awards.

Other K-Pop based artists who are also known for having earned representation from the Starship Entertainment label include Kim Hyun Jung, Bona, and Dayoung.

Junggigo Is A Member Of