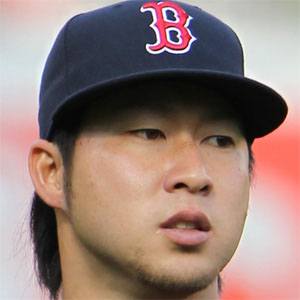 MLB pitcher who debuted in 2009 for the Boston Red Sox. He became one of the top relief pitchers on the World Series Champion Red Sox in 2013.

He played professional baseball in Japan before joining the MLB, and posted an ERA of 1.02 in 2008.

He was the third Japanese player to debut in the MLB after never playing professionally in Japan.

He was born in Kanagawa, Japan.

His MLB debut came when he replaced John Smoltz on the Red Sox roster.

Junichi Tazawa Is A Member Of