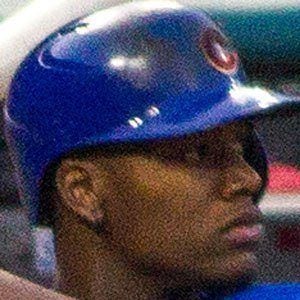 MLB outfielder who debuted in 2013 for the Chicago Cubs. He earned a starting role on the team after a number of injuries to the team's other outfielders.

He played on the Cubs' Dominican Summer League team at the age of 17.

He was born in San Pedro de Macoris in the Dominican Republic.

He hit his first career grand slam in 2013 off of Kyle Lohse.

Junior Lake Is A Member Of