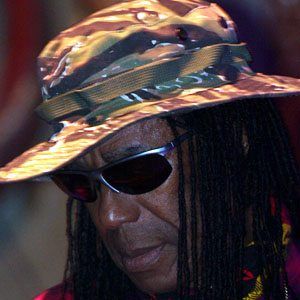 Jamaican-born guitarist who played with Bob Marley in the late 1970s and who has worked as a prolific session musician.

His first recordings came out under the name Junior Soul, the first relatively successful one was called "Solomon."

He stayed with the Wailers past Bob Marley's death, writing and producing many of their hits.

He grew up around the slums of Jamaica's capital, Kingston.

He was on stage with Stevie Wonder the day when Bob Marley invited Murvin to join The Wailers.

Junior Murvin Is A Member Of