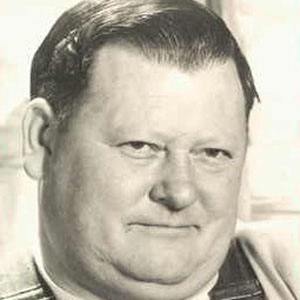 Georgia blue-collar worker who became an unlikely star of the series, Hee-Haw.

He got to tell a few tall tales on a local radio program, which got him noticed by Chet Atkins.

He had three children with Grace Samples.

Misty Rowe, the famous blonde from Hee Haw, co-starred with him on the show.

Junior Samples Is A Member Of