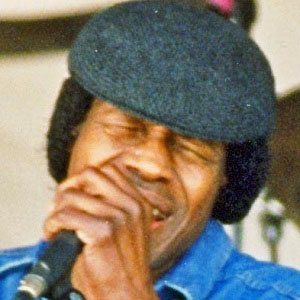 He started playing the harmonica at age seven and recorded his first tracks in his late teens.

He was raised in West Memphis, Arkansas and Chicago, Illinois.

His non-blues-genre musical collaborators include The Rolling Stones and Bonnie Raitt.

Junior Wells Is A Member Of