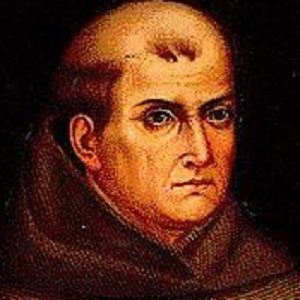 Remembered for establishing numerous Franciscan missions in California during the eighteenth century, this Spanish-born friar is particularly associated with the Mission San Juan Capistrano and the Mission San Carlos Borromeo del Rio Carmelo.

In his early adulthood years, he became an ordained Catholic priest; studied at Spain's Lullian University; and taught at Mexico City's College of San Fernando de Mexico. He settled in California in the late 1760s.

His statue stands in the California corner of the United States Capitol's National Statuary Hall Collection.

Born Miquel Josep Serra i Ferrer, he grew up in poverty in Majorca, Spain. In the early 1730s, upon entering the Alcantarine Franciscan order, he adopted the name of Junipero.

Serra's 1988 beatification by Pope John Paul II was controversial as a result of Serra's questionable treatment of the Native Americans who lived in the areas of California where he was establishing his missions.

Junípero Serra Is A Member Of