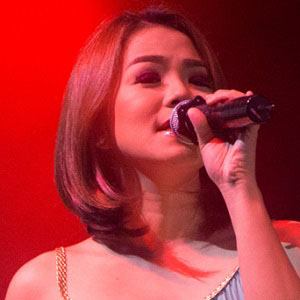 Filipino singer who found success as a member of the acoustic band MYMP, with whom she performed from 2003 to 2009. After leaving the group, she embarked on a solo career and released her Platinum-selling debut Now Playing in 2010.

She earned a Bachelor of Science degree in Psychology from Miriam College in Manila.

In 2011, she won Tambayan 101 OPM Awards for Female Artist of the Year and Song of the Year for "Di Lang Ikaw."

Juris Fernandez Is A Member Of