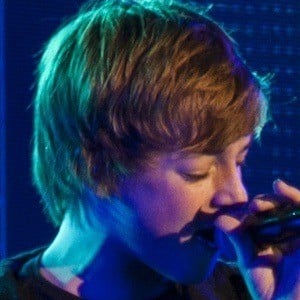 Singer, actor, and voice artist who is known for his time on the Dutch TV series The Voice Kids. He auditioned for Season 2 of the show at age 13. He finished as the runner-up.

He began his singing career in musical theater when he was cast in the musical Ciske de Rat. He was then cast as the titular character in Crumb: The Musical, and toured the Netherlands as a cast member.

His debut single, "The Clown," was released in January 2013. It peaked at #7 on the Netherland's Top 100 Singles charts. He subsequently released a second single, "Misery," in February 2013, which peaked at #38.

He was raised in Purmerend, Netherlands, with his sister.

He chose to be a member of Angela Groothuizen's team on The Voice Kids following his blind audition.

Jurre Otto Is A Member Of