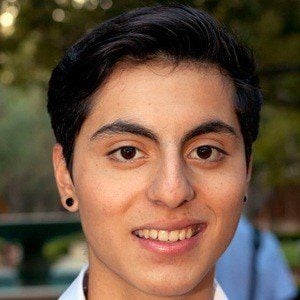 Aspiring rapper and singer who performed in a band called Lost City. He is one of Jazmine Lucero's brothers.

He was featured in the music video for Arcade Fire's song "Afterlife."

Along with Jazmine, he has another sister named Paulina. He also has brothers named Jaden and Jacob.

He appeared in an Arcade Fire music video, a band led by Win Butler.

Justice Lucero Is A Member Of