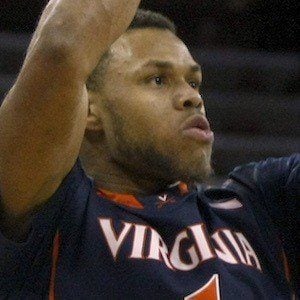 6'6" guard/forward known for his outside shooting who was selected 21st overall in the 2015 NBA Draft by the Dallas Mavericks. In 2017, he was traded to the Philadelphia 76ers and a year later he ended up on the Atlanta Hawks.

He played college basketball for the University of Virginia from 2012 to 2015, earning Third-team All-American and Second-team All-ACC honors in 2015.

He was born in Montross, Virginia to Kim and Edward Anderson II. He has an older sister named Resha and an older brother named Edward III.

He was traded to the Philadelphia 76ers in exchange for Nerlens Noel in February 2017.

Justin Anderson Is A Member Of