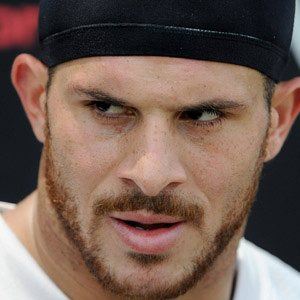 Former NFL running back who played for the Oakland Raiders from 2003 until 2009; he failed his physical in 2010 and was released.

He attended the University of Michigan and then transferred to USC for his final college season.

He had a guest role on an episode of The Simpsons.

He was born in Encino, California, in 1980, the son of actor Antonio Fargas.

Justin Fargas Is A Member Of