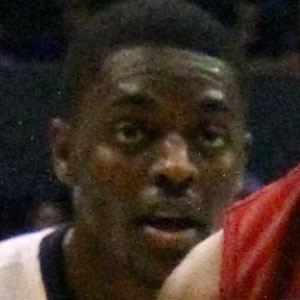 6'6" guard/forward who debuted in the NBA with the Philadelphia 76ers in 2013. He then joined the Golden State Warriors in 2014 and was a member of the Warriors' 2015 NBA Championship team. While playing collegiately for the University of Washington, he was named the Pac-10 Defensive Player of the Year by Netscouts Basketball in 2010.

He married a woman named Shekinah. His younger brother is an All-Star NBA point guard.

He was co-captains with Isaiah Thomas at the University of Washington.

Justin Holiday Is A Member Of