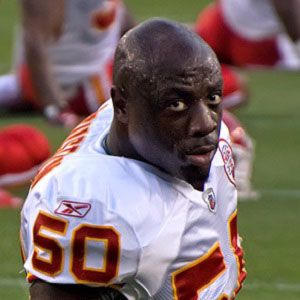 Outside linebacker who made his NFL debut in 2011 for the Kansas City Chiefs, and was named to his first Pro Bowl in just his second season.

He was a first-team All-American during his junior year at Georgia and was selected in the 3rd round of the 2011 NFL Draft.

In September, 2013, he won his first Defensive Player of the Month award.

He was born and raised in Chico, California.

When he joined the Chiefs he teamed with Derrick Johnson to form one of the league's best linebacker corps.

Justin Houston Is A Member Of