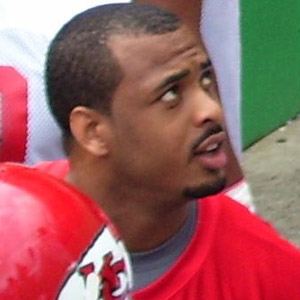 NFL inside linebacker who debuted in 2005 for the Kansas City Chiefs.

He made first team All-Big 12 three years in a row at Texas before being selected 15th overall in the 2005 NFL Draft.

After getting drafted he married his high school sweetheart, Tamika Johnson.

In 2011 made the Pro Bowl alongside teammate Tamba Hali.

Derrick Johnson Is A Member Of