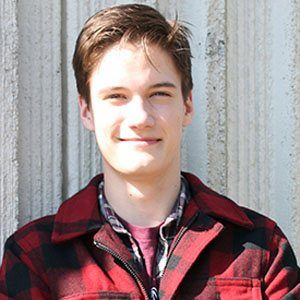 Canadian actor who most notably portrayed the character of Jake Martin on the popular teen drama series Degrassi and also starred in Maps to the Stars. In 2015, he began playing Wes Silver on the series Open Heart.

His first professional acting credit was a commercial for Honeycombs cereal.

He was born left-handed and learned to play the bass guitar early in his life. He has also starred in The Jensen Project.

He was born in Toronto, Ontario and grew up alongside his brother Thom. He got engaged to Kathryn Fantaske in December 2018.

He became close friends with his Degrassi co-star, Munro Chambers.

PAW Patrol
Degrassi: The Next Generation
Between
More