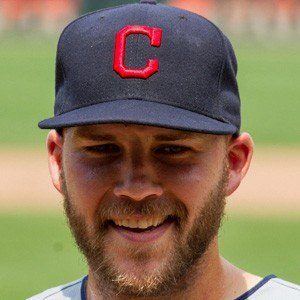 MLB starting pitcher who began his career with the Boston Red Sox before joining the Cleveland Indians where he began to excel.

He studied at San Diego State University where he also played on the schools baseball team as a relief pitcher.

He was named an MLB All-Star for the first time in his career in 2013.

He was born in Kingston, Jamaica. He married Meryl Ham in 2007 and he has a daughter named Eden.

He and fellow starting pitcher Ubaldo Jimenez became teammates on the Cleveland Indians.

Justin Masterson Is A Member Of