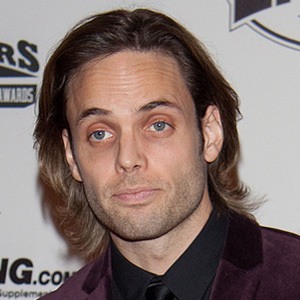 American actor and singer who is known for his roles in Orange Is the New Black as well as the Nickelodeon series Victorious. He is also known for his hit singles "The Fall" and "My Silver".

He first studied the violin at the age of 8 and competed in gymnastics. He then attended the Mason Gross School of the Arts at Rutgers University where he earned his BFA in 2002.

He is known for having won the Best Lead Actor in a Drama award from the Artistic Director's Achievement in 2009 for his role in a production of The Columbine Project.

He was born in Philadelphia, Pennsylvania but was raised in Washington Township, Gloucester County, New Jersey by his mother Marilyn and his father Nicholas.

He starred alongside Josh Stewart and Lee Tergesen in the 2012 feature film The Collection.

Justin Mortelliti Is A Member Of