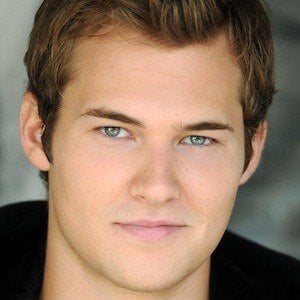 Actor known mostly for his television work, having appeared on a number of popular series, including Awkward, Malibu County, and Glee. He stars as Bryce on the Netflix series 13 Reasons Why.

He made his television debut in 2010 when he appeared on Melissa & Joey, Criminal Minds, and The Middle.

He lent his voice to the character of Jaya on the animated Nickelodeon series The Legend of Korra. His film roles include 2012's Me Again and 2015's Some Kind of Hate.

He was born and raised in Nashville, Tennessee. In April 2017, he posted a childhood photo of himself on a tricycle to Instagram.

He played the boyfriend of Lauren Potter's character on Glee.

Justin Prentice Is A Member Of