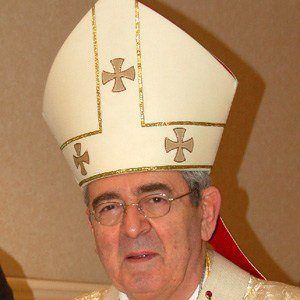 He received a Bachelor of Sacred Theology degree from the Catholic University of America in 1961.

In 2007 he was appointed to the Congregation for Bishops, the curia department that puts forward to the Pope its recommendations of priests that might be appointed as bishops.

He is the youngest of seven siblings.

He was elevated to the cardinalate in 2003 by Pope John Paul II.

Justin Francis Rigali Is A Member Of