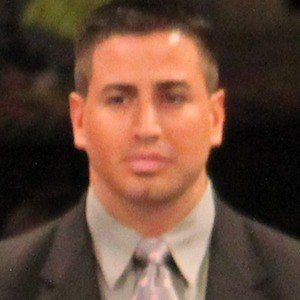 Ring announcer best recognized for hosting WWE pay-per-view and television shows like Raw, Smackdown, ECW, and Superstars. After leaving WWE in 2014, he became the ring announcer for House of Hardcore.

He fell in love with wrestling after watching an edition of Saturday Night's Main Event and after meeting Kerry Von Erich at a hotel in Wisconsin. He later briefly trained as a referee. By sixteen, he was announcing at a local professional wrestling promotion.

He has had a number of acting roles, appearing in small parts in films like Sleepless in Seattle, Stuart Saves His Family, and The Guardian.

Born in Chicago, Illinois, he later settled in Scottsdale, Arizona. He made an Instagram post about his late father for Father's Day 2019.

Early in his career, he trained as a referee with the main goal of sharing the ring with idol Curt Hennig.

Justin Roberts Is A Member Of