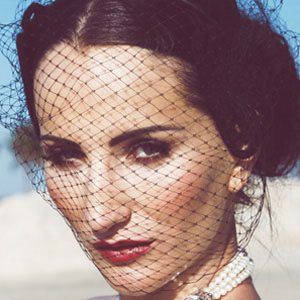 Popular Polish singer known for Platinum and Gold-selling albums like The Shaman's Girlfriend and Give Me a Moment. She came in second place on the Polish edition of Dancing with the Stars.

She rose to fame after winning the Polish song contest Szansa Na Sukces.

Her 1996 song Oko Za Oko earned her a Fryderyk award for Best Song of The Year.

She comes from a highly musical family.

She has been a co-host of the ice dancing competition show Dancing On Ice, which was won by Daniel Whiston in its third season.

Justyna Steczkowska Is A Member Of