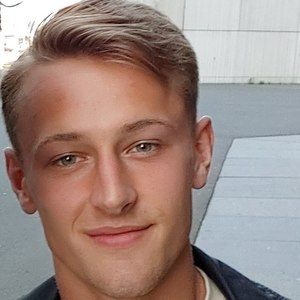 Professional football player known for his work with the Ajax club as well as the Jong Ajax club. He is known for playing as a forward and has also played on multiple Netherlands international teams including their under 18, 19, and 20 teams.

He began his youth career playing for the WSV '30 club. He then began playing for Ajax in 2009 until joining their senior club team in 2016. He played for the Netherlands under 16 team in 2013 and continued to move his way up to their Under 20 team in 2017.

He is known for having been the top scorer in the Youth League during his 2016 and 2017 season.

He was born in Athens, Greece but was raised in the Netherlands.

Other players who have also competed on the Netherlands under 20 national team include Adam Maher and Tim Krul.

Kaj Sierhuis Is A Member Of