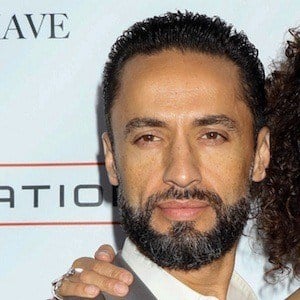 Actor who is widely recognized for his role as Antonio Vega on the ABC soap opera One Life to Live played regularly between 1995-2009. In 2017, he appeared as series regular character Jobe on the TV series Sleepy Hollow.

He began his acting career on the stage, and earned his breakthrough role there in 1994. He starred in New York City's Public Theatre staging of Blade to the Heat.

He voiced primary protagonist Raul Menendez in the massively popular video game Call of Duty: Black Ops II. He has had guest starring roles on ER, Pretty Little Liars, and Shooter. He was chosen by People Magazine as a top 50 Sexiest Bachelor in 1997 and 2005.

He has two brothers Walfredo, Jr. and Daniel, who have both been prolific musicians for the bands Chicago and Yanni. His mother and father are Walfredo, Sr. and Matilde. He and his wife Sherri share two twin boys.

He starred alongside Patrick Stewart in a 1995 production of The Tempest during New York's Public Theater-run Shakespeare in the Park festival.

Kamar de los Reyes Is A Member Of