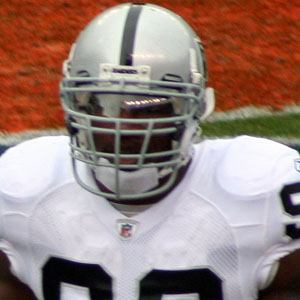 Defensive end who joined the Tennessee Titans in 2012, after playing for the Oakland Raiders and Cleveland Browns.

He was an All-American while playing quarterback and linebacker at Wichita Northwest High School.

He earned Second Team All-ACC honors at Florida State University, before being drafted 13th overall in 2006.

He married Monicha Wimbley in 2005.

He competed in a Super Bowl-themed cook-off on the Rachael Ray Show in 2013.

Kamerion Wimbley Is A Member Of