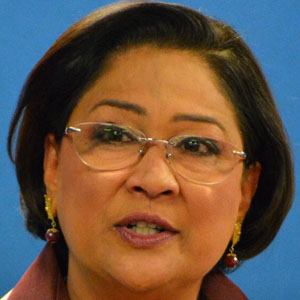 She studied at the University of the West Indies, the Hugh Wooding Law School, and the Arthur Lok Jack Business School.

She was the first woman to hold office as Prime Minister of Trinidad and Tobago.

Her marriage to Gregory Bissessar produced one son.

She succeeded Patrick Manning as Prime Minister of Trinidad and Tobago.

Kamla Persad-bissessar Is A Member Of