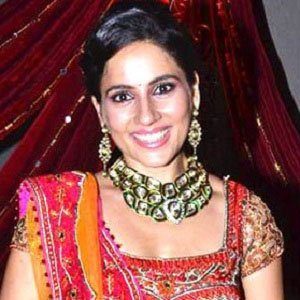 Most well known for her roles as Ananya Sachdev-Samarth and Shraddha on the respective Indian television series Ek Ladki Anjaani Si and Meri Bhabhi, she is also notable for her portrayal of Soni Khurana on the Zee TV series Maayka - Saath Zindagi Bhar Ka.

Early in her career, she played a small role in the film Pyaar Diwana Hota Hai.

Born in Srinagar, Kashmir Valley, India, she later settled in Mumbai. She and her husband and fellow television actor, Shabbir Ahluwalia, welcomed their first son in the summer of 2014.

She and Amrish Puri were both in the cast of the 2004 Bollywood movie Woh Tera Naam Tha.

Kanchi Kaul Is A Member Of