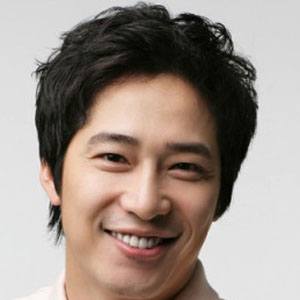 Souht Korean actor who gained fame when he finally landed a lead role in the 2005 series Be Strong, Geum-soon! as Goo Jae-hee. His film debut came that same year when he played Gye-sang in Host and Guest.

Before making it on screen, he appeared in a musical production of The Rocky Horror Picture Show.

He starred as a wealthy hotel owner in the 2011 drama Lie to Me.

He was born in Seoul, South Korea with the birth name of Jo Tae-gyu.

Early in his career, he was in a production of Grease. Olivia Newton-John starred in the 1978 film adaptation of the musical.

Kang Ji-Hwan Is A Member Of