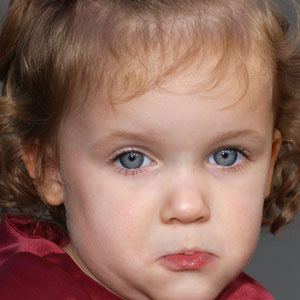 Famous for sharing the role of Sunny in the 2004 film Lemony Snicket's A Series of Unfortunate Events with her twin sister Shelby, this child actress is also notable for her guest spots on General Hospital.

She made her television debut just a few days shy of her first birthday.

She received a Young Artist Award nomination for her work in Lemony Snicket.

A native of Los Angeles, California, she was born one minute after her twin sister Shelby.

Kara Hoffman Is A Member Of