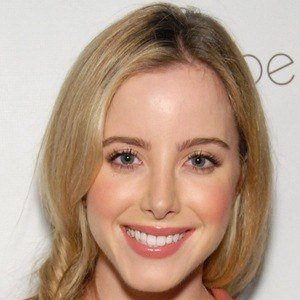 American actress most famous for her appearances on shows like Everybody Hates Chris, Pair of Kings and Suburgatory, roles which she shared with her identical twin sister Katelyn Jones. Her film work includes 2011's Jack and Jill and 2014's Jersey Boys.

She began appearing in television commercials at age 9.

She is a lover of many outdoor activities, including kayaking, horseback riding and tennis.

In addition to her twin sister, she has four brothers.

She co-starred with Jeremy Sisto on Suburgatory.

Kara Pacitto Is A Member Of