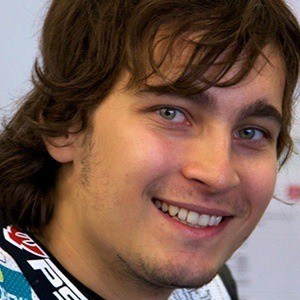 Motorcycle racer who competed in Grand Prix motorcycle racing from 2005 to 2015 before making the move to Superbike World Championship. He has ridden for teams like Shaun Muir Racing, the Ángel Nieto Team and the Aspar Racing Team.

He picked up pocket bike racing when he was 11 years old.

He earned his first Grand Prix victory at the 2010 Valencian Grand Prix.

He has been teammates with Alvaro Bautista on the Ángel Nieto Team.

Karel Abraham Jr. Is A Member Of