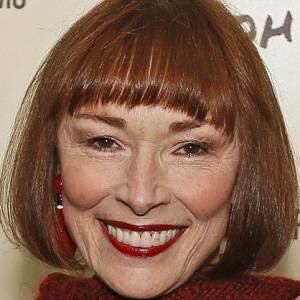 Stage and screen actress who performed in the original Broadway production of Nine, earning a Theatre World Award and a Tony nomination for her role in the musical.

She graduated from Manhattanville College.

She guest-starred in a 1987 episode of Cheers.

She appeared in director Woody Allen's 1985 film The Purple Rose of Cairo.

Karen Akers Is A Member Of