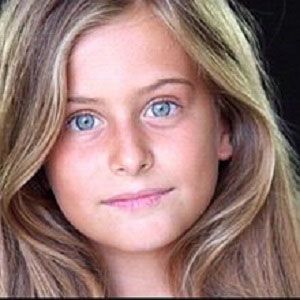 Known best for her childhood roles as Eva Tasca and Marina Ferraris Costa on the respective Italian television series A Case of Conscience and Questro Nostro Amore, Ciaurro is also notable for her performance in a 2009 Venice Film Festival feature titled Birthday.

She began her acting career at the age of five, appearing in the Enzo Monteleone film Two Games.

In 2009, she participated in the Italian version of the reality talent competition Dancing with the Stars.

She was born and raised in Rome, Italy.

She and Manuela Arcuri are both well known Italian actresses.

Karen Ciaurro Is A Member Of