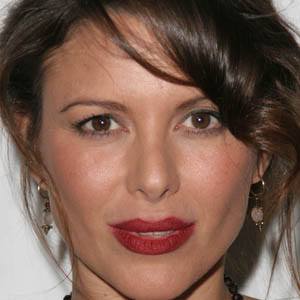 Most famous for her roles on the 1990s television shows Swamp Thing, Class of '96, and Sliders, she also appeared on episodes of Lincoln Heights, Stargate Atlantis, and Beverly Hills, 90210. Also a singer, songwriter, guitarist, and flautist, she released her first album, Shiny, in 1999.

During her younger years, she took acting classes at Columbia University, the Royal Academy of Dramatic Art, and New York University's Tisch School. She first appeared on television in a 1987 episode of the MTV game show Remote Control.

For her role in the 2001 film Do It for Uncle Manny, she earned a New York International Independent Film Festival Best Actress Award. She also appeared in the 2014 movie Sharknado 2: The Second One.

A native of Brookfield, Connecticut, she later lived in New York and Los Angeles. Her first marriage, to Daniel Salin, lasted from 1995 until 1999, and her second marriage, to James Scura, began in 2003.