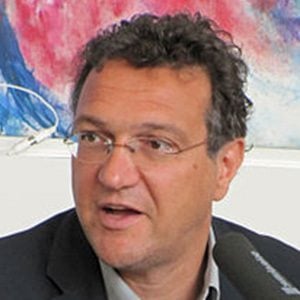 German journalist and writer who is known for having had his work published in several press outlets including Die Presse, Stuttgarter Nachrichten, and Rheinische Post. He is best recognized for his work and coverage as a correspondent representative in Cairo.

He attended the Freie Universitat of Berlin where he majored in Islamic Studies and Politics. He started his career writing for the Bonn General-Anzeiger paper. He then became a correspondent in Cairo in 1991.

He was born and raised in Munich, Germany and has three children.

Other journalists also known for their coverage of Cairo and Egypt include Amr Adib and Rania Yassin.

Karim El-Gawhary Is A Member Of