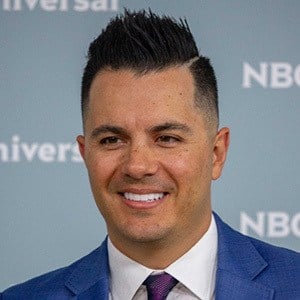 Television host who is best recognized for his work on the Telemundo network. He is recognized for being a co-host on the shows Ritmo Deportivo as well as the 2007 series Titulares y mas.

He first started his career as a television host on the 2001 series Chat. He then earned further recognition in 2007 when he started appearing on the series Titulares y mas.

In addition to his hosting roles, he is also an actor who starred in the 2003 series Los Teens as the character Diego.

He was born and raised in Mexico City, Distrito Federal, Mexico.

He starred alongside fellow sportscaster and television host Edgar Lopez on the series Titulares y Mas.

Karim Mendiburu Is A Member Of