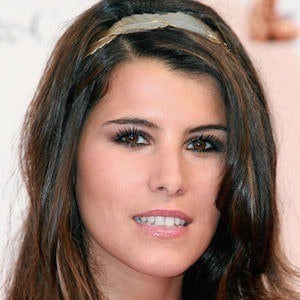 Television presenter who got her start competing on the French spin off of the Bachelor. She went on to host and present programs like Star Six Music and Fan De.

She began studying modern literature before pursuing a modeling career. She made her first break into entertainment competing in the Miss World 2000 pageant.

In 2015 she joined the radio world as a host on the show Hit RFM.

She was born Karine Jalabert in Suresnes, France. She has an older brother named David. She was in a relationship with Grégory Lemarchal until his death in 2007.

In 2012, she joined Nikos Aliagas as the host of The Voice season two in France.

Karine Ferri Is A Member Of