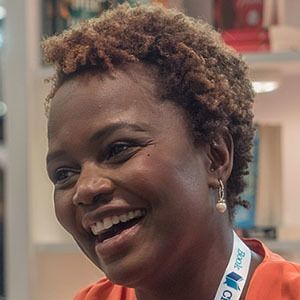 Haitian-American journalist and political commentator who is best recognized for being the national spokesperson for MoveOn.org. She is also known for her work as an analyst and commentator for NBC News and MSNBC.

She initially received her MPA from Columbia University in 2003. She then assisted with the John Edwards campaign during his 2004 presidential run. She gained further attention in 2008 when she served as the Political Director for the White House Office of Political Affairs.

In December of 2018, she was named by the Haitian Times as one of Six Haitian Newsmakers of the Year.

She was born and raised in New York by Haitian immigrants. Her father was a cab driver and her mother qA  health care worker.

She is also known for having served as the Deputy Campaign Manager for both Barack Obama and Martin O'Malley.

Karine Jean-Pierre Is A Member Of