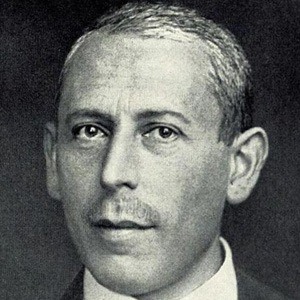 German psychoanalyst who collaborated and studied under the legendary Sigmund Freud. The founder of modern psychiatry called him his 'best pupil'.

He founded the Berliner Society of Psychoanalysis in 1910.

He was known for his studies in infant sexuality in both character development and mental illness.

His father, Nathan Abraham, was a Jewish religion teacher.

He was a pupil of psychiatrist Sigmund Freud.

Karl Abraham Is A Member Of