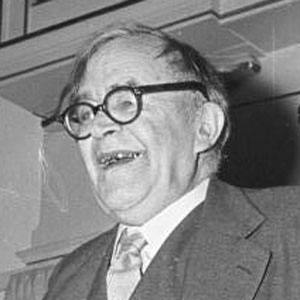 Swiss theologian considered one of the great Protestant theologians of the twentieth century. He is known for his works The Epistle to the Romans and Church Dogmatics.

He began his career as a professor of theology in Germany, but was forced to leave the country when he wouldn't support Hitler's regime.

He was featured on the cover of Time magazine in April of 1962.

He married Nelly Hoffmann in 1913, and they had five children.

His work had a strong influence on the novelist John Updike.

Karl Barth Is A Member Of