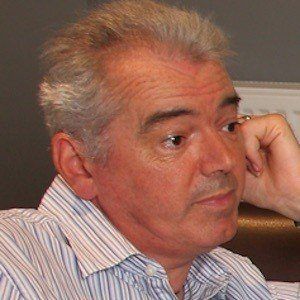 Perhaps most famous for directing and producing the paranormal programs Most Haunted and Ghosthunting With. . ., this English entertainer is also known for hosting The Great Unexplained Debate, Whines and Spirits, and Ghosts of the Asylum.

Early in his career, he contributed to the ITV children's series What's Up Doc? and to the BBC1 documentary program City Hospital.

In 2004, he aroused controversy by claiming samurai status.

He and his television host wife, , established a TV production company called Antix Productions. He, Fielding, and their two children settled on a farm in Cheshire, England.

He and Zak Bagans (of Syfy's Ghost Adventures) both hosted paranormal television programs.

Karl Beattie Is A Member Of