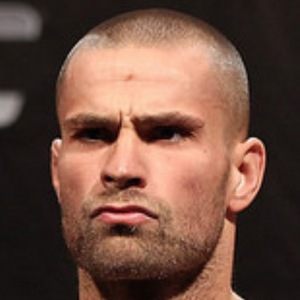 He began training in Greco-Roman wrestling at the age of 6. After winning several youth wrestling championships, he moved to England and began pursuing bodybuilding. He met several MMA fighters while working as a bouncer and began fighting in the Cage Fighters mixed martial arts organization. In April of 2010, he went on to sign with the UFC.

He is known for historically being the first UFC fighter from the Czech Republic.

He has two children who are often featured on his Instagram.

He trained with the London Shootfighters team alongside fellow MMA fighters Alex Reid and Michael Page.

Karlos Vemola Is A Member Of