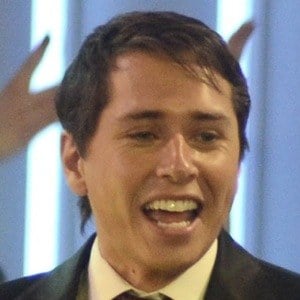 Best known for his work throughout the Chilean radio and TV industries. He gained widespread renown for his hosting work on the Chilevision TV series Yingo and Sinvergüenza.

He graduated at the top of his high school class, and gave the commencement address to his class. He subsequently began his collegiate studies as a law student, but dropped out after 3 years.

He began hosting the radio show Comunidad K in 2011. In 2015, he began serving as a panelist on the TV series Mucho Gusto.

He has dated model Catalina Vallejos.

Karol Lucero Is A Member Of