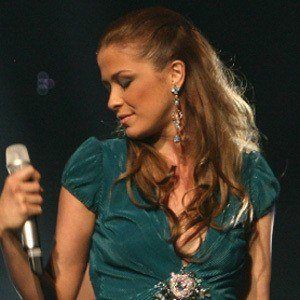 Pop singer who represented her native Macedonia in two Eurovision Song Contests during the first decade of the 2000s.

She performed at a children's music festival at the age of ten.

Her 2009 chart-topping song, "Kraj" was featured in the Big Brother, Serbia season opener.

Her family lived in the southwestern Macedonian city of Bitola at the time of her birth.

Her song "Se lazam sebe" ("I'm lying to myself") was composed by singer-songwriter Kaliopi Bukle.

Karolina Goceva Is A Member Of