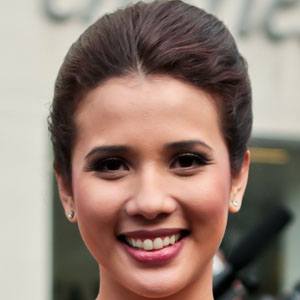 Filipino singer and actress who released five albums from 2001 until 2013, including her debut album entitled Time to Shine. She also hosted the program It's Showtime from 2010-2016 and was cast in the television series Private Investigator.

She started taking ballet lessons when she was three years old and continued up until she was 15 and later played the role of Princess Sapphire in her first musical, Little Mermaid.

She has won numerous awards for her work in music and acting including 3 Awit Awards.

She married Yael Yuzon of the band Spongecola in 2014.

Karylle Is A Member Of