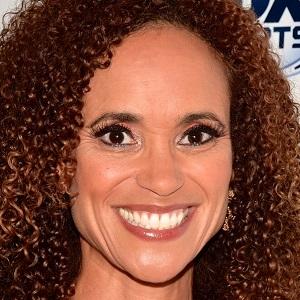 American actress, writer and TV personality who is most known for being the co-anchor of CNN's Talk Back Live and Showbiz Tonight.

She was raised in Boston, Massachusetts and her first television gig was as an MTV VJ.

She married Wade Eck in 2001, and the two had a daughter named Aurora.

She was picked by Lorne Michaels to host the VH1 game show Name That Video.

Karyn Bryant Is A Member Of